What do you get for that amount? EVERYTHING!

There will also be Fox movies in the lineup! Movies like “The Princess Bride” and “The Sound Of Music”!

Not to mention over 7500 television episodes!

Did you say The Simpsons?

Well Actually I didn’t say it, but YES! All 30 seasons of The Simpsons are going to be streaming on Disney+!

In case you missed it, when Disney bought Fox, they got The Simpsons! You now who’s not happy about that? Universal! They just built a whole Simpsons land in Universal Studios!

Now they may have to pay Disney to use The Simpsons in their parks. Or maybe they can make a trade for the Marvel characters. That would be ideal!

Disney also announced that A LOT of new content is going to be coming to Disney+ when they launch in November!

There are going to things like The Falcon And the Winter Soldier and WandaVision. Also a Monsters Inc. show with John Goodman (Sulley) and Billy Chrystal (Mike).

There is going to be a show based off of High School Musical! And a Star Wars live action show
Star Wars—The Mandalorian !

Not to mention all of the documentary show and movies they announced! It is a huge line up for it’s first year! Even a new Phineas And Ferb movie! I love those guys! (Now if they will just do something with Gravity Falls!)

This is just the tip of the iceberg! With the Disney movie archive alone, it’s an amazing service.

Now I just have to figure out how I’m ever going to be able to turn off the television.

What do you think of the new Disney+ Streaming service? Comment below and let me know! 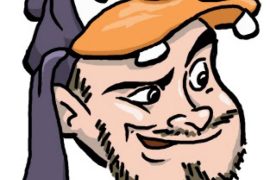