Why can’t you compare Disneyland to Disney World?

I’m sure that the above question is on your mind about now. Let me explain why you can’t compare Disneyland to Disney World.

Disneyland is a single park. It is called Disneyland. It was the first of its kind, and Walt Disney himself had his own hands in creating it.

So as you can see, to compare Disneyland to Disney World is really not possible. It’s like comparing apples to oranges. I love them both, but they are only alike in that they are fruit.

So what is Magic Kingdom?

What a great question, I’m so glad you asked.

Magic Kingdom was the first park built in Disney World. It was built to be a “copy” of Disneyland. The difference being that the Disney company finally had the space that Walt always wanted when he built Disneyland. It allowed him to tuck the park away from all of the development like what happened at Disneyland. Walt never liked the fact that hotels sprang up just outside his park, and you could see the signs from inside the park. He truly disliked it, and wanted to make sure it never happened again. So when he bought all of the land in Florida, that was one of his reasons for doing so.

So let’s get to it. What is the difference between the two parks? Let’s talk about Disneyland vs. Magic Kingdom!

First, let’s talk about size. Disneyland is 85 acres. Magic Kingdom is 107 acres. That 27 acres is a HUGE difference. It allows for more space in the park itself. More breathing room for people and attractions. It allows for details and immersion that were just not possible in Disneyland. It also also for grandeur of size.

I love Disneyland! When I arrived the first time and stood outside the gates, I cried. It was like arriving at a sacred place to me. This is the park that Walt built. There is no accounting for that. There is a special feeling in that knowledge. You can feel that magic, and it is special. There is no way for the Magic Kingdom to ever be able to accomplish that.

That being said, when I rounded the corner of Main Street, and saw the castle, I was shocked! Now I have seen pictures of the castle at Disneyland countless times. And I have been to the Magic Kingdom countless times. I was not prepared. The Disneyland castle is significantly smaller. SIGNIFICANTLY SMALLER. I was actually surprised by how much smaller the castle is. That is not to say that it is not beautiful. It is really pretty, and again, Walt’s hands. As I walked down Main Street, I was again moved to tears.

Let’s talk about attractions in the Disneyland vs. Magic Kingdom discussion.

Disneyland also has attractions that are not at Magic Kingdom. I love the Indiana Jones attraction! It is one of the best in the world! I also love some of the things they have in Fantasyland, like Alice In Wonderland!

We should also talk about some classic attractions that are different between the parks. I perfer Pirates At The Caribbean at Disneyland. It is longer and I feel has more story items, and just a better attraction. I also feel that way about the Haunted Mansion. It is a better ride, longer, and more going on. They also have Nightmare Before Christmas layover that is amazing. They do it every year, and they don’t do it at Magic Kingdom. That is a whole different blog post about why that is.

What About Food In The Parks?

How about food in the Disneyland vs. Magic Kingdom discussion?

However, if we talk about SNACKS, I think that Disneyland may be the better location. Disneyland has a lot of snacks that just don’t exist at Magic Kingdom. They have a lot of different popcorns, and snacks at carts that are not at Magic Kingdom. Now I am not a huge snack guy at the park (though I do love my cupcakes!) But if you are a snack person, while Magic Kingdom has great snacks, it is just nothing like Disneyland. Even the churros are better at Disneyland. I’m not sure why that is, but it just seems to be the way it is.

Of course if you are truly a snack person, you need to go to Tokyo Disneyland. That is the true winner of the snack wars!

So Which Is Better, Disneyland Or Magic Kingdom?

Disneyland vs. Magic Kingdom; which do I think is better?

I knew I would get to this point where you would want to know which park I like better.

I’ll be honest with you, I love both parks, but I think my favorite park my be Magic Kingdom. And I think it may be because it is my “home” park. It is where I go when I go to Disney. I am so familiar with the park, and there is a comfort factor for me at Magic Kingdom. I also love that when you are there, you are truly enveloped in the Disney magic! There aren’t any outside distractions to pull you out of the magic.

That being said, I do love Disneyland. There is something truly special about it for me. I am sure it has to do with the fact that Walt was there! His finger prints are all over that park! And there are some historic rides at that park that don’t exist anywhere else. There also is a feeling of nostalgia at Disneyland that just doesn’t exist other places.

Also be sure to sign up for the Goofy Guy Newsletter to stay up to date with everything that is happening at The Goofy Guy!

Until next time, take care of yourself and each other! 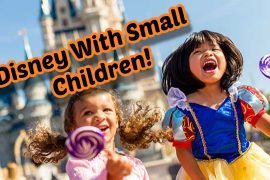 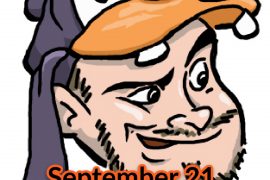 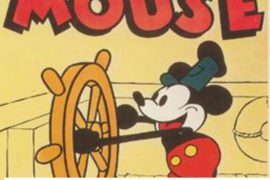