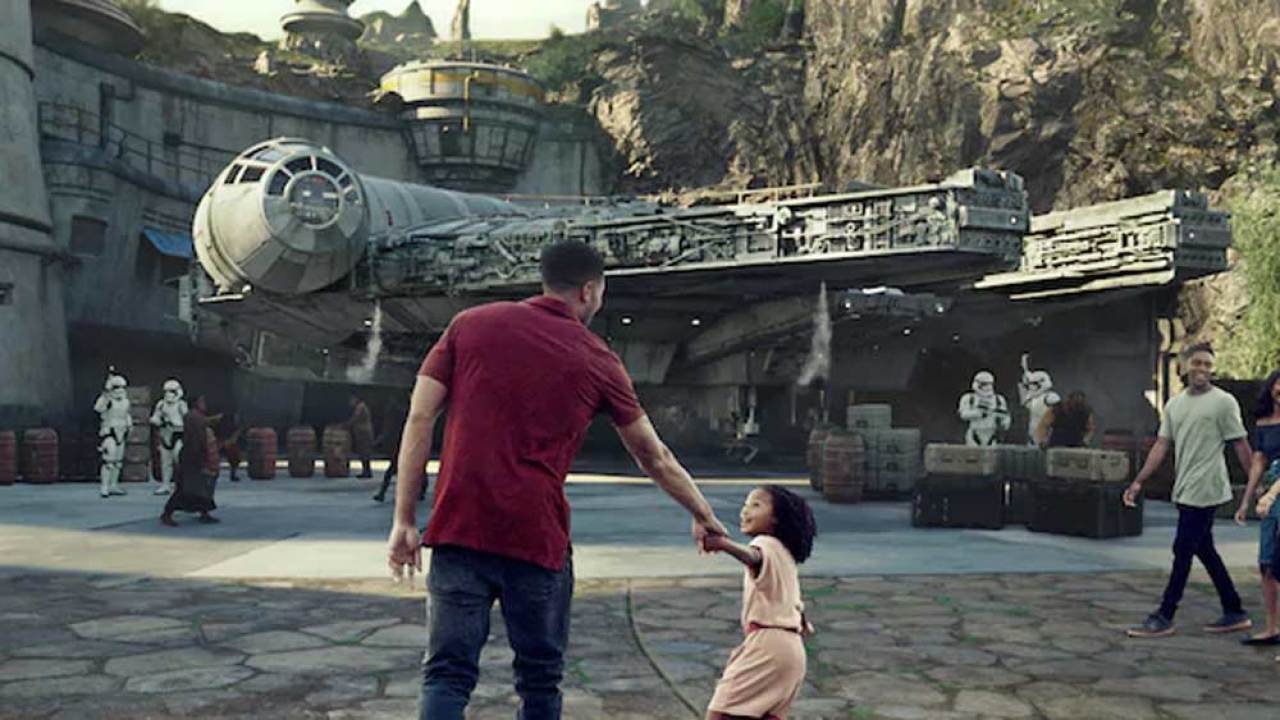 Ok. I am going to try and keep my cool while I write this.
*deep breath*
DISNEY HAS ANNOUNCED THE OPENING DATES FOR STAR WARS: GALAXY’S EDGE!!

So much for keeping my cool…

I’m so excited! Both Lands are opening much earlier than anticipated. The only caveat is that they are opening without The Rise Of The Resistance attraction. It will open on a later date. In theme parks they call it a “Rolling” opening.

But the Millennium Falcon ride will be open!

The way it is going work in Disneyland is that if you plan to be there, you need to make a reservation to get into Galaxy’s Edge. It will be a free reservation (I love free!) I think it is going to be like a FastPass+ (WDW) or Maxpass (Disneyland). They have said that they are going to use this process until the end of June for Disneyland. Its a way to make sure that the experience is good for everyone that gets in. However I think that if you don’t get one of those passes, there are going to be some upset guests. They do NOT anticipate having to use the system for Walt Disney World

Just how much are they going to advertise this reservation system. There are still a lot of people that go to the parks that don’t know about FastPass+ (which has been around for many years) or Maxpass. That means that there are going to be a lot of disappointed guests at the parks who think they are getting into Galaxy’s Edge, but are not. I certainly would not want to be working at guest relations for that period of time. And my honest opinion is that this process is going to continue much longer than just for the opening month. This may be the way it is for many years to come.

I personally am ok with that. I would rather have fewer people in the land so that I can experience it the way it is meant to be experienced. That still doesn’t mean that upset guests are not going to exist. It just means that I am going to know what to do to get in (and so are you because you are reading this!)

They haven’t given specifics about how the reservations will work yet, so this is all speculation on my part. But I don’t see why they wouldn’t put it in a system that already exists, and that they spent billions creating.

I am really exited to see and experience Galaxy’s Edge. And yes, I am not embarrassed to say that I am probably going to cry MULTIPLE times while I’m there.