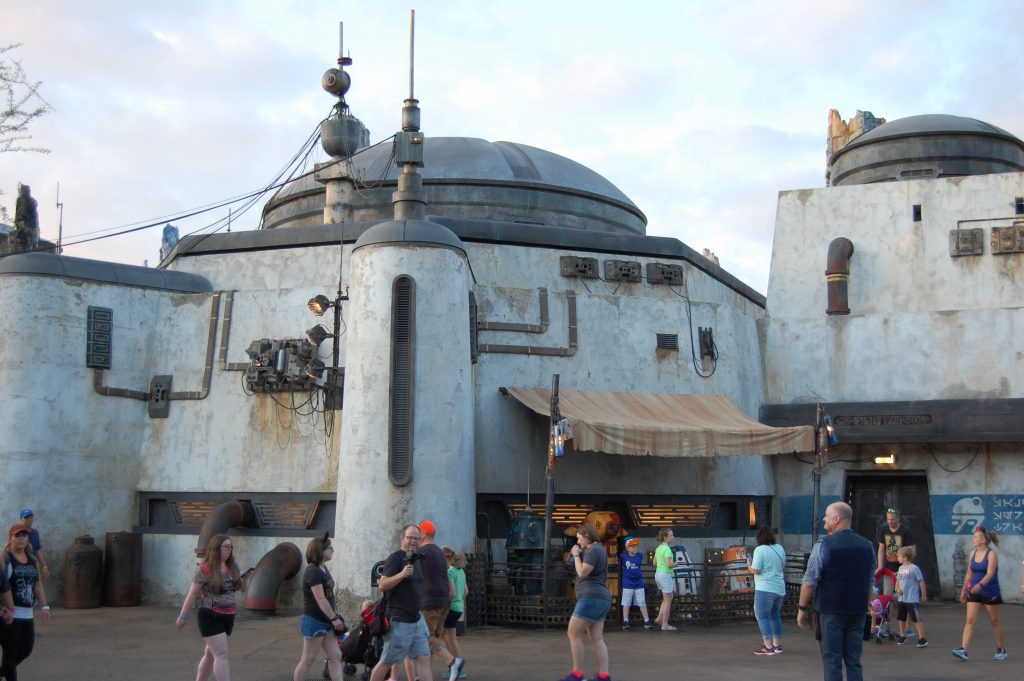 I went to Walt Disney World towards the end of September of this year, and one of the things I was really excited about was visiting Star Wars: Galaxy’s Edge at Disney’s Hollywood Studios! That is the new land that they built in Florida and California. They spent a lot of money on these lands, and I thought I should give my impressions of the new land.

What I Had Heard

Before I went to Walt Disney World in September, Star Wars: Galaxy’s Edge had opened in Disneyland in California and had also been open not quite a month in Walt Disney World in Florida. The opinions had been pretty mixed. Some people loved it, and some didn’t. All agreed it was the most immersive thing that Disney had ever done.

A little over a week before I went, I found out that a book had been released called BLACK SPIRE that was about the planet of Batuu and Black Spire Outpost, which is the city/village that the two lands are supposed to be. I got the audiobook version and listened to it before I got to Walt Disney World. I actually finished it on the plane on my way to Florida. And boy am I glad that I did! The book takes you right up to the point where you walk into the land. It gives you a full back story so that you understand what is happening in the land before you get there. And that had been one of the main complaints about the land. People didn’t know what was happening, what the story was, and how it fits into what they knew about Star Wars.

That’s all great, but what did I think?

First I’m going to say that if you expect to step into a movie that you are familiar with, you will be very disappointed. That was NEVER the intent of Galaxy’s Edge. They have said from the beginning that you can make your own adventure. They have never said that you can relive a Star Wars adventure. There is a BIG difference.

Now that you know all of that, I will say that I did not expect to react the way that I didn’t. When I walked in (and I came in off Grand Avenue which takes you in through the resistance forest) I got chills almost immediately! I literally stopped in my tracks with my mouth hanging open.

You are completely transported into the world of Batuu. There is no trace of Hollywood Studios anywhere, and the sounds that you hear are of the nature in the forest. Some of the sounds are familiar and some are new.

You are completely transported into the world of Batuu. There is no trace of Hollywood Studios anywhere, and the sounds that you hear are of the nature in the forest. Some of the sounds are familiar and some are not.

Not only are you seeing and hearing unfamiliar things, but you are also seeing VERY FAMILIAR things! Things like an X-Wing fighter, and an A-Wing fighter. You are seeing parts of droids and people dressed in clothes (costumes) that let you know you have entered a different world! It is so cool and so unexpectedly overwhelming!

Once I got past the initial shock of the place, I started to notice the overwhelming beauty of the place. It is gorgeous (and I’m not even in the village yet). The rock work is epic in scale, and the use of forced perspective is the best Disney has ever created.

As I’m wandering through the land, the first thing I want to do is by a Diet Coke because they are themed to look like a thermal detonator. It may be the most expensive bottle of coke I have ever purchased, but you have to admit, it is cool! You can get a Coke and a Sprite too! I think it just shows Disney’s commitment to making this last completely immersive. And it made a cool souvenir to take home to my friend who drinks a lot of Diet Coke.

So I get my Diet Coke and take a picture with the X-Wing, and decide that I need to keep moving to get to the Village of Black Spire Outpost.

So when you finally round the corner and start to see the village, you almost can’t believe the size of it. The buildings are huge, and the details are amazing! From the weathered look of the buildings to the tattered nature of the awnings to the stairs leading to what I assume are living quarters in the village, no stone is left unturned. It is incredible. The villagers (cast members) all have a back story. If you ask them about themselves, they will tell you. They also don’t know anything except Batuu. If you ask them about anything outside their world, they only know of rumors or have never heard of what you are talking about.

The stores are set up as small booths as they would be in a market place. They are not large, and only a few people can fit in them at one time. That really didn’t seem to be a problem while I was there. I was almost always able to wind my way in and look at the merchandise. I’ll take a closer look at all of that in a future article.

The village is set up so that you can just wander around and get lost. There were several times I had to stop and really think to get my bearings straight on where I was. It was so much fun! The sounds in the village have also changed. You are hearing things that you would hear in a village. They also have the sound set up so that you can hear the space crafts flying overhead. I can’t tell you how many times I looked up to see if something was really flying overhead. It is that realistic! Also, when doors open, they open with that “Whoosh” sound that you expect. SO COOL!

What about the Millenium Falcon?

That is a good question. As I was wandering around I kept waiting to run into it. The cool thing is that you can’t see if from everywhere. You have to be in the area it is in to see it. when I turned the corner and saw it for the first time (and I had been in the land for at least 30 minutes before I saw it) I stopped dead in my tracks.

Now I have heard stories about men crying when they see the Millenium Falcon for the first time, and I am a crier. However, I did not cry. I was totally dumbstruck by how HUGE it is and stood in awe for a few moments, but I didn’t cry. I could see how that could happen though. It is stunning in size and detail. It is a full-size ship! Not a scale model! You could walk right into it if they would let you. It is truly stunning!

My overall first impression is that Star Wars: Galaxy Edge is incredible! I loved it. It felt like I was thrown into my own movie, and I could make it whatever I wanted. I was glad that I read the book so that I understood why no one says “May the force be with you!” Otherwise, I would have been disappointed that I didn’t hear it. There were First Order troops wandering around, and the people of the village were very careful about what they said so they wouldn’t get in trouble.

I can understand why people are disappointed with what they experience. If you are looking to walk into A NEW HOPE, you will be disappointed. However, if you walk in knowing that you are creating your own story in the Star Wars Universe, then your experience will be far different. You can get as involved as you want in the story. You can be a passive observer or a character in the story that is being created.

It is fantastic, and I can’t wait to go back to experience more!

Have you been to Star Wars: Galaxy’s Edge? What did you think about it? Leave a comment and share what you think! I would love to hear from you.

Also, sign up for The Goofy Guy Newsletter and stay up to date on everything that’s going on here! 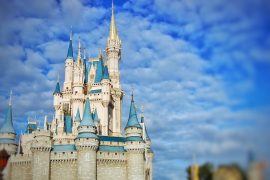 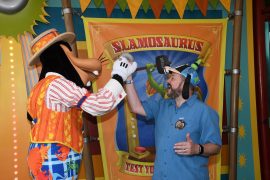 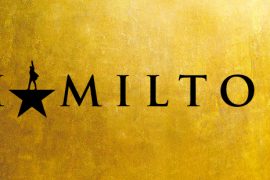